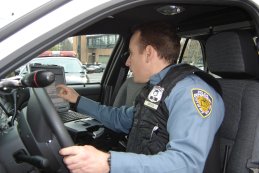 The City of Rye Police Department has been on the leading edge of police technology since first installing a computerized Records Management System, or RMS, in 1997. Its first system was a character based application distributed by the State of NY. In 2000, the department upgraded to a prototype Windows based program created by a small New Jersey company, Facstore, Inc. Signing on with Facstore, the police department agreed to help develop a New York version of the company's CAD/RMS system, FsCards. 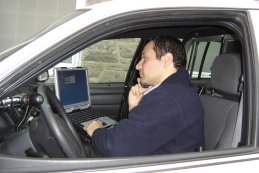 In June 2003, Facstore, then known as New Technology Police Systems, merged with another public safety software company to form Archonix Systems, LLC. Archonix Systems and the City of Rye Police Department have worked together to integrate the company's CAD/RMS system, now called XCards, with cutting edge finger printing and criminal records system called LiveScan. The system collects arrest data directly from XCards and populates the related fields in its own database. Once a subject is printed and photographed, the record is electronically transmitted to a central repository and checked against state and federal records. This will enable officers to get nearly instant feedback from a record sent via this system.

Training on this LiveScan is slated to begin by the end of 2005. 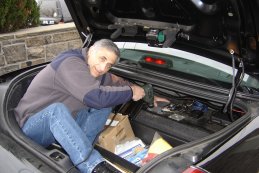 Archonix Systems, LLC also has installed a new Windows based mobile solution for the department. This new product, XMobile, will replace an aging character based system that has been in use at the department for about eight years. XMobile uses touch screen technology to facilitate interaction between the mobile user and police headquarters. Now, an officer can handle calls, look up call history at a specific address, check a unit's call history, perform DMV lookups and communicate with other officers via encrypted chat, all by a few touches on the computer screen.